Willard Christopher Smith Jr., better known simply as Will Smith, is an American actor, producer, and rapper best known for his role as James Darrell Edwards/Agent J in Men in Black film series. Smith was named the most powerful actor in Hollywood by Newsweek in 2007. He has gone on to star in several films such as ‘Independence Day,’ ‘Hitch,’ ‘Bad Boys,’ ‘I Am Legend, Ali,’ and ‘Suicide Squad.’ As of 2017, he has been nominated for five Golden Globe Awards and two Academy Awards, and has won four Grammy Awards. Smith was born on September 25, 1968 as Willard Christopher Smith Jr. in Philadelphia, Pennsylvania to Willard C. Smith, Sr. and Caroline. He grew up in West Philadelphia’s Wynnefield neighborhood, and was raised Baptist. He has three siblings, sister Pamela, and twins Harry and Ellen. Smith has been married to Jada Pinkett Smith since 1997. Together they have two children, Willow and Jaden Smith. He was previously married to Sheree Zampino. They had one son named Trey Smith. 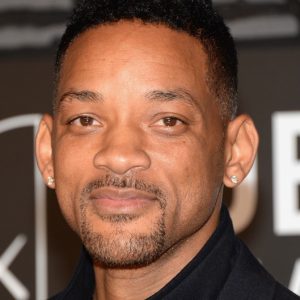 Will Smith Education:
*He attended the prestigious Julia Reynolds Masterman Laboratory and Demonstration School in Philadelphia, as well as Catholic school and public Overbrook HS.

Will Smith Facts:
*He raps under the name ‘The Fresh Prince.’
*His debut solo album Big Willie Style was released in 1997 and sold over 10 million copies worldwide.
*He donated $4,600 to Barack Obama’s presidential campaign in 2008.
*He supported the need for legalizing the same-sex marriage in 2012.
*He speaks fluent Spanish and enjoys playing chess.
*He was named the most powerful actor in Hollywood by Newsweek in 2007.
*People Magazine named him one of the top 50 Most Beautiful People in the World in 1998.
*He was ranked #29 on VH1’s 100 Sexiest Artists.
*He is big fan of professional wrestling.
*He was a millionaire before the age of 20.
*His net worth was estimated to be $188 million in 2004.
*Forbes Magazine estimated his earnings for the year at $31 million in 2007.
*Follow him on Twitter, Facebook, YouTube, and Myspace.