Willa Ford was born Amanda Lee Williford on January 22, 1981 in Ruskin, Florida, USA, the daughter of Ralph Everett and Donna Sweat Willford. She is an American singer, songwriter, dancer, model, television personality and film actress who first became popular in 2001 as the self proclaimed Bad Girl of Pop when she released her debut album. She began pursuing her dream of becoming a singer at the age of 8 when she started singing with the Tampa Bay Childrens Choir. Willa Ford has a hot body. Check out all her measurements, including bra size, weight, height, and cup size. 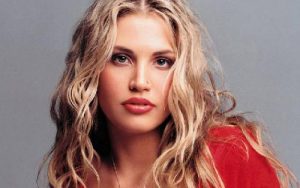