Winona Ryder is an American actress born in Winona, Minnesota. She has starred in such films as Heathers (1988), Mermaids (1990), The Age of Innocence (1993), Little Women (1994) and Girl, Interrupted (1999). She made her film debut with a role as Rina in 1986 American teen tragicomedy film Lucas. She played Amanda Grayson in the 2009 blockbuster film Star Trek. For her performance in the 1993 film The Age of Innocence, she won a Golden Globe award for Best Supporting Actress. Born Winona Laura Horowitz in Winona, Minnesota, on October 29, 1971, to Michael Horowitz and Cynthia Palmer, she was named after a nearby city Winona, which is in Minnesota. She spent much of her childhood in Petaluma, Sonoma County, California. She has three siblings named Jubal Palmer, Sunyata Palmer and Uri Horowitz. She is a 1989 graduate of Petaluma High School. 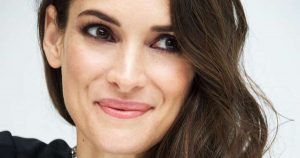 Winona Ryder Facts:
*Her father is an atheist while her mother is a Buddhist.
*For her performance on the acclaimed Netflix series Stranger Things, she received a Golden Globe nomination in 2016.
*Timothy Leary is her godfather.
*She was once engaged to Johnny Depp.
*She is a huge fan of the 1975 documentary film Grey Gardens.
*She is good friends with Courtney Love and the late Brittany Murphy.
*Follow her on Facebook.