Yeardley Smith is an American actress, artist and writer born in Paris, France. She is best known for voicing Lisa Simpson on the animated television series The Simpsons. Smith played Louise in the sitcom Herman’s Head, and had recurring roles as Marlene on Dharma & Greg and as Penny in two episodes of Dead Like Me. She has also played prominent roles in the films City Slickers, Just Write, Toys and As Good as It Gets. 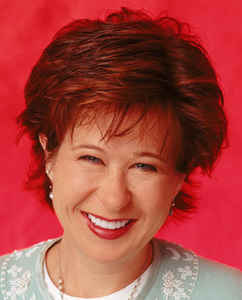 Yeardley Smith Facts:
*She was born on July 3, 1964 in Paris, France, to parents Martha and J.Y. Smith.
*She made her acting debut in a sixth-grade play.
*She graduated from drama school and became an actress in 1982.
*She made her film debut in Heaven Help Us (1985).
*She launched a women’s shoe line called Marchez Vous in 2011.
*She is a lifelong Democrat.
*She enjoys writing and painting.
*She was married and divorced twice.
*Follow her on Twitter and Instagram.