Yureni Noshika is a Sri Lankan model and actress, best known for her role as Hiruni Jayawardena in the television serial Koombiyo. She is also known for the television work on series such as Kindurangana, Sanda Sakki, Arora, Sihina Sindrella, Ayal, and Pingaladanauwwa. Born on January 29, 1987 in Sri Lanka, she was raised as an only child. She studied at Methodist College in Colombo. Noshika began her career winning the Miss Sri Lanka for Miss World contest and appeared in the TV commercials for Coca-Cola and Nestlé among many others. She made her film debut in the 2009 film Nino Live. 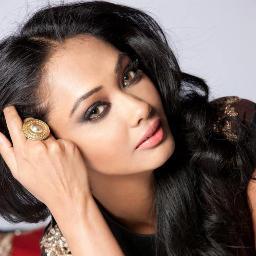 Yureni Noshika Facts:
*She was born on January 29, 1987 in Sri Lanka.
*She is an only child and was raised Christian.
*She was educated at Methodist College, Colombo.
*She won the “Models of the New Generation” pageant hosted by Derana TV in 2006.
*She was named as a judge for the Miss Sri Lanka Online contest in 2012.
*She has her own regular fitness column in the Daily News.
*Visit her official website: www.yureninoshika.lk
*Follow her on Facebook, YouTube and Instagram.