Zelda Williams is an American actress best known as the daughter of famous comedian and actor, Robin Williams. Zelda appeared in the 2004 film House of D alongside her father and starred in the 2016 Freeform series Dead of Summer. Zelda’s other notable works include Teen Wolf, The Legend of Korra, Teenage Mutant Ninja Turtles, Were the World Mine, and Never. Born Zelda Rae Williams on July 31, 1989 in New York City, New York, USA, she is daughter of the late comedian and Oscar-winning actor Robin Williams and screenwriter and movie producer Marsha Garces and older sister of Cody Williams. She is of English, Welsh, Scottish, Irish, German, French, Filipino, and Finnish descent. She was educated at Urban School of San Francisco. Zelda made her acting debut on the TV movie In Search of Dr. Seuss at age 5. She dated actor Jackson Heywood from 2013 until 2016. Zelda was previously in a relationship with actors Colin Donnell from 2012 to 2013. 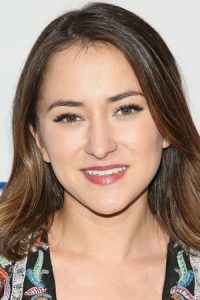 Zelda Williams Facts:
*She was born on July 31, 1989 in New York City, New York, USA.
*Her ancestry includes English, Welsh, Scottish, Irish, German, French, Filipino, and Finnish.
*She has Filipino and American ancestry on her mom’s side.
*She was named after Princess Zelda from The Legend of Zelda video game series.
*She made her acting debut at the age five.
*Her parents divorced in 2008.
*She was selected one of People Magazines 100 Most Beautiful People of 2007.
*She is a big fan of video game Halo 3.
*Friends with JoJo.
*Follow her on Twitter, Tumblr and Instagram.