Zack Ryder is an American professional wrestler, best known for his time in WWE under the ring name Zack Ryder from 2005 to 2020. Ryder won a WWE Tag Team Championship with his partner in crime, Curt Hawkins. 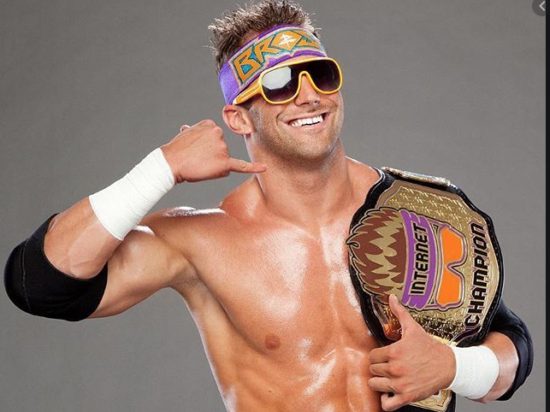 Born Matthew Brett Cardona on May 14, 1985 in Merrick, New York, he was educated at Calhoun High School and Nassau Community College. He made his professional wrestling debut in 2004. Cardona began dating Canadian professional wrestler Chelsea Green in January 2017, and they were engaged on April 4, 2019.

Zack Ryder Facts:
*He was born on May 14, 1985 in Merrick, New York, USA.
*He debuted in professional wrestling in 2004, teaming with Curt Hawkins on the independent circuit.
*He was trained by Mikey Whipwreck.
*He held the WWE Intercontinental and United States Championships, and the WWE Raw Tag Team Championship with Hawkins on two occasions.
*He was featured in Sports Illustrated‘s list of the “100 Most Influential Twitter Users in Sports” in July 2011.
*He launched a YouTube web series in 2011, in which he proclaimed himself WWE’s “Internet Champion”; this, along with his creative use of social media, helped him establish a substantial cult following.
*He is an avid fan of Ghostbusters.
*Visit his official website: www.mattcardona.com
*Follow him on Twitter, YouTube and Instagram.