Joshua Gomez is an American actor. He is best known for his role as Morgan Grimes in the NBC spy drama series Chuck (2007–2012). Gomez played Sammy Stinger in the 2004 American direct-to-video cheerleading comedy film Bring It On Again, and had a recurring role in the CBS series Without a Trace. 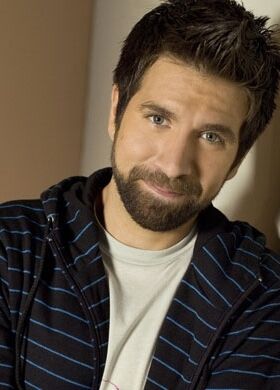 Born Joshua Eli Gomez on November 20, 1975 in Bayonne, New Jersey, he is the younger brother of actor Rick Gomez. He began his acting career early in the 2000s guest starring on an episode of “Law & Order” and made his film debut in the critically acclaimed independent drama “Last Man Running (2003),” which was co-written by his brother Rick Gomez. He married Amy Pham in 2011. They have one child.

Joshua Gomez Facts:
*He was born on November 20, 1975 in Bayonne, New Jersey, USA.
*He started his acting career with commercials for IBM, T-Mobile and Volkswagen.
*He landed the starring role in Chuck in 2007.
*He is good friends with Chuck co-star Zachary Levi.
*Follow him on Twitter and Instagram.