Russian-German DJ, record producer and songwriter whose 2012 single, “Clarity” won him a Grammy Award for Best Dance Recording. Zedd’s debut studio album, Clarity (2012), charted in the top 10 of Billboard Hot 100, sold 2,238,000 copies, and was certified platinum, making it Zedd’s most successful single to date. He has also collaborated with top artists such as Lady Gaga, Selena Gomez, Ariana Grande, Hayley Williams, Kesha, and One Republic. 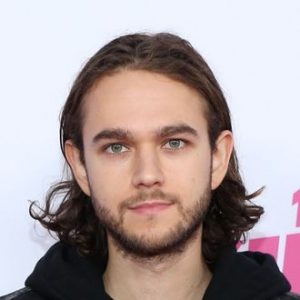 Zedd Facts:
*He was born on September 2, 1989 in Saratov, Russia.
*He grew up in Kaiserslautern, Germany.
*He was raised in a family of classically-trained musicians.
*He has an older brother named Arkadi, and a younger half brother named Daniel
*He learned how to play piano and drums at the age of 4.
*He released his debut studio album, Clarity in October 2012.
*He was nominated for the Next Pop Superstar of 2013 Award at the Popdust ceremonies.
*He cites Gaga as an inspiration.
*Visit his official website: www.zedd.net
*Follow him on Twitter, SoundCloud, YouTube, Facebook and Instagram.