Zoe Boyle is an English actress. She is best known for her roles as Lavinia Swire in the series Downton Abbey, and as Trinity Ashby in the FX series Sons of Anarchy. Boyle’s other notable works include Breathless, Frontier, The Astronaut Wives Club, and Witless. Born on January 1, 1989, in England, United Kingdom, her father was a barrister and her mother was a ballerina. She attended the Royal Central School of Speech & Drama, at the University of London, and graduated in 2006. Her breakthrough role came in 2011 when she played Lavinia Swire in the series Downton Abbey. 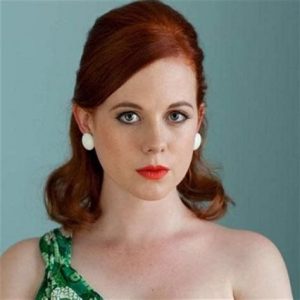 Zoe Boyle Facts:
*She was born on January 1, 1989, in England, United Kingdom.
*She is of English descent.
*She began her acting career in 2008.
*She made her silver screen debut in the 2012 comedy film Freeloaders.
*Follow her on Twitter and Instagram.