American Twitch streamer and YouTuber who was banned from Twitch for what was deemed as overtly sexual content. She has amassed more than 1 million subscribers to her YouTube channel and over 524k followers on Twitter. Born on November 29, 1995 in Florida, United States, she majored in international affairs from Florida State University. She first became active on social media in 2013. 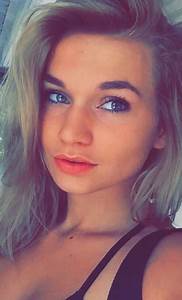 Zoie Burgher Facts:
*She was born on November 29, 1995 in Florida, United States.
*She was a finalist to be Miss Coed 2016 as a junior.
*She was banned from the video site Twitch after posting a series of very risque videos.
*She has more than 1 million subscribers on YouTube.
*Follow her on Twitter and YouTube.