Actress and singer Zosia Mamet is known for her role as Shoshanna Shapiro on the HBO original series Girls. She is also known for her recurring role as Joyce Ramsay in the television series Mad Men, Kelsey in Parenthood, and as Courtney in United States of Tara. Her film roles include The Last Keepers, Bleeding Heart, Wiener-Dog, and The Boy Downstairs. She was born Zosia Russell Mamet on February 2, 1988 in Randolph, Vermont. She is the daughter of American playwright David Mamet and actress Donal Lynch, and sister of singer Willa Mamet. She has also two half-siblings, Clara and Noah. She married actor Evan Jonigkeit in October 2016. 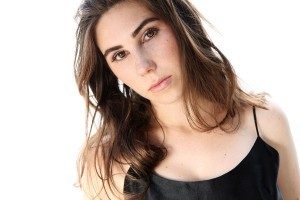 Zosia Mamet Education:
She attended in a strict Christian primary school in California.

Zosia Mamet Facts:
*Her ancestry includes Polish, Russian, English, German and Welsh.
*She and her sister Clara together are called The Cabin Sisters.
*She has a tattoo on the top of her right foot of two arrows pointing at a dot with a series of short parallel lines.
*Her music band ‘Chacha’ is named after her childhood nickname.
*Follow her on Twitter, Facebook and Instagram.