Colombian-American film and television actress Zulay Henao was born on May 29, 1979 in Medellin, Colombia. She and her family emigrated to New Jersey. After high school she served three years with the U.S. Army. After three years in the Army, she enrolled in acting school and began a career in movies and television. She co-starred in a number of films such as Illegal Tender, Fighting, Takers, Boy Wonder and The Single Moms Club. She has a perfect body which measures breast 36, waist 25 and hip 37. She has a height of 5 feet and 5 inches which is around 165 cm. 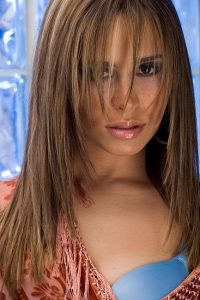 Zulay Henao Facts:
*She briefly served in the United States Army.
*Was engaged to Terrence Howard.
*She made her acting debut from 2005 movie Film 101.
*She was raised in Antioquia, Colombia.
*She began dating Joel Rush in 2014.
*Follow her on Twitter, Facebook and Instagram.