Nasim Pedrad is an Iranian-American actress and comedian. She is best known for being a cast member on five seasons of Saturday Night Live from 2009 to 2014. She is also known for co-starring in Fox’s short-lived sitcom Mulaney, and the series Scream Queens. She had a guest appearance in a 2009 episode of the series It’s Always Sunny in Philadelphia. Born on November 18, 1981 in Tehran, Iran, she immigrated with her parents, Arasteh Amani and Parviz Pedrad, when she was only two years old. She has a younger sister named Nina Pedrad. After graduating from University High School, she attended and graduated from UCLA School of Theatre, Film, and Television in the year 2003. 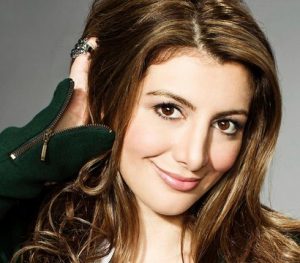 Nasim Pedrad Facts:
*She was born in Tehran, Iran, and raised in Irvine, California, USA.
*Her younger sister is comedy writer Nina Pedrad.
*She was a member of the UCLA Spring Sing Company.
*She is fluent in Farsi.
*Follow her on Instagram.