Abigail Breslin is an American actress and singer. She is best known for playing the role of Olive Hoover in the 2006 movie Little Miss Sunshine, for which she was nominated for the Academy Award for Best Supporting Actress. Her other film appearances include My Sister’s Keeper, Raising Helen, No Reservations, Nim’s Island, Zombieland, and Rango. In 2015, she was cast in the FOX horror-comedy Scream Queens. Born Abigail Kathleen Breslin on April 14, 1996 in New York City, to Kim and Michael Breslin, she began her career at the age of 3 with Toys “R” Us commercial. She made her film debut in Signs at age five. She has two older brothers, Ryan and Spencer, who are also actors. 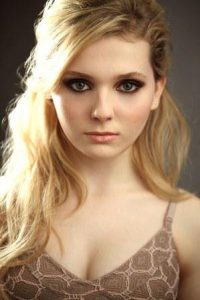 Abigail Breslin Facts:
*She is of Irish and English descent.
*She began her career when she was three years old with Toys “R” Us commercial.
*She is one of the youngest actresses to be nominated for an Academy Award.
*She was named after the First Lady of the United States Abigail Adams.
*Follow her on Twitter, YouTube, Facebook and Instagram.