Adam Baldwin is an American actor, best known for his roles in television, such as The Cape, The Pinocchio Shop, Pokemon Camp, Firefly, The Inside, Day Break, Chuck, and The Last Ship, and in the films Full Metal Jacket, Serenity, and Ordinary People. He has also done voice work in Superman: Doomsday, War of the Worlds: Goliath, Vault of the Macabre: The House Upon the Hill, Firehawks, Jackie Chan Adventures, Beware the Batman, Guardians of the Galaxy, Justice League Unlimited, and Transformers: Prime. Baldwin won a SyFy Genre Award in 2006 for Best Supporting Actor/Television for his work in Firefly. 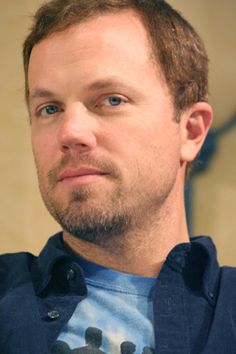 Born on February 27, 1962 in Winnetka, Illinois, Baldwin was educated at New Trier Township High School East in Winnetka. He has been married to Ami Julius since 1988. They have three children.

Adam Baldwin Facts:
*He was born on February 27, 1962 in Winnetka, Illinois, USA.
*He played Sergeant ‘Animal Mother’ in the 1987 classic film, Full Metal Jacket.
*He was named TV Guide’s Sexiest Newcomer in 2005 even though he started his acting career in 1980.
*He is politically very conservative and conducts ongoing political discussions on his Twitter account.
*He good friends with Jamie Lee Curtis.
*He is a supporter of Ride 2 Recovery, a bike-riding organization set up for the rehabilitation of wounded veterans.
*He is an avid golfer.
*Follow him on Twitter.