Rick Gomez is an American actor and voice actor. He is best known for his portrayal of Radio Technician 4th Grade George Luz on the HBO television miniseries Band of Brothers, and for his role as “Endless Mike” Hellstrom on the Nickelodeon TV series The Adventures of Pete and Pete. His other notable television appearances include: Hitz, What About Brian, Cupid, Justified, and The Crossing. His film credits include 11:14, Last Man Running, Ray, Sin City, Transformers, The Boy in the Box, and Love Ranch. 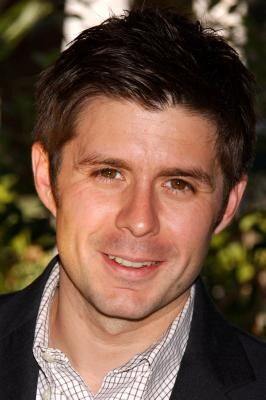 Born Richard Harper Gomez on June 1, 1972 in Bayonne, New Jersey, he is the older brother of actor Joshua Gomez. Rick graduated from South Plainfield High School and promptly moved to New York City to pursue his acting career. He has been married to Jenifer Wymore since September 15, 2001. They have two children.

Rick Gomez Facts:
*He was born on June 1, 1972 in Bayonne, New Jersey, USA.
*Older brother of actor Joshua Gomez.
*He was educated at South Plainfield High School.
*Follow him on Twitter.