Adam Deacon is a British actor, rapper, writer and director who starred as Jay in the films Kidulthood, sequel Adulthood. Deacon co-wrote, co-directed and starred in the 2011 British urban comedy film Anuvahood. He played ‘Bones’ in an MTV show called Dubplate Drama. He has also starred in Payback Session and Bonded by Blood. He has also featured in various music videos including; Bashy’s “Who wants to be a millionaire” and Chipmunk’s Chip Diddy Chip. 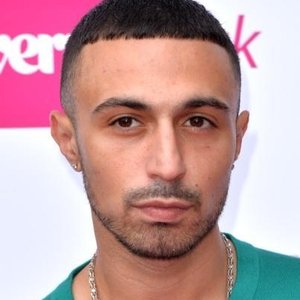 Born Adam Steven Deacon on March 4, 1983 in London, England, he was raised by his English mother in Stoke Newington, Hackney. His father is from Morocco, and left his family when Deacon was two years old. At the age of 12 Deacon began to act and trained at the Anna Scher Theatre. He once dated Yasmine Johnson.

Adam Deacon Facts:
*Born on March 4, 1983 in London, England, his father walked out on the family when Adam was just 2 years old.
*He began his career with guest appearances in Bill’s New Frock, Shooters, Ali G Indahouse and The Bill.
*He made his directorial debut in Anuvahood (2011).
*He was named “The New Face of Youth Cinema” in Time Out magazine and received the BAFTA Rising Star Award.
*Follow him on SoundCloud, Facebook and Instagram.