Lily Loveless is a British actress. She is best known for her portrayal of Naomi Campbell on the BAFTA award-winning drama Skins. Loveless portrayed the role of Alexia in Kate Lane’s Fear of Water (2013), for which she was awarded ‘Best Newcomer’ at the Monaco International Film Festival. In 2019, Loveless played Ingrid Prisby in the Netflix mystery thriller The Stranger. 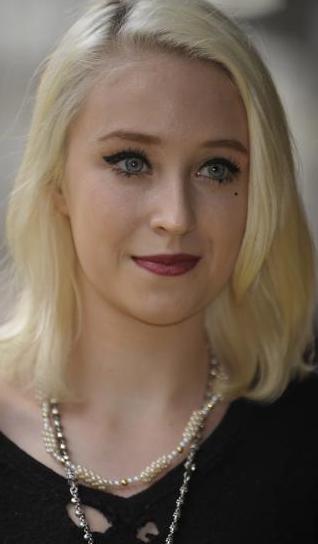 Born Lily May Loveless on April 16, 1990 in London, United Kingdom, she has a younger brother. Loveless was educated at Millfields Community Primary School and Cardinal Pole Roman Catholic School, both situated in Hackney, East London. She later attended a summer workshop at the Mountview Academy of Theatre Arts in Wood Green with Skins co-star Kathryn Prescott.

Lily Loveless Facts:
*She was born on April 16, 1990 in London, United Kingdom.
*She was a performer in Psychotic Dance Company, a dance group that specialises in street dance fused with other urban dance styles.
*She played the sexually confused, outspoken political activist teenager Naomi Campbell.
*In 2012, he appeared in the promo video for A Band of Buriers’ ‘Filth’ alongside actor Matthew Lewis.
*Her favourite bands are Arctic Monkeys and The Red Hot Chilli Peppers.
*She is close friends with Skins co-actresses Kathryn Prescott, Kaya Scodelario, Klariza Clayton and Megan Prescott.
*She enjoys playing the piano.
*Follow her on Facebook and Instagram.