American actor Adam Gregory Biography, Family, Height, Weight, Age, Measurements will be discussed here. Adam Gregory’s personal details can be checked here. He is best known for his role as Thomas Forrester on CBS’ daytime soap opera The Bold and the Beautiful. 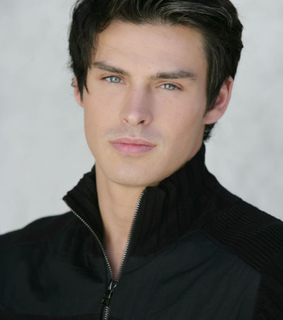 Adam Gregory is an American actor. He is best known for his portrayals of Thomas Forrester on the CBS soap opera The Bold and the Beautiful and Brandon on Nickelodeon’s Winx Club. Gregory played the role of Ty Collins in The CW’s 90210. He played the lead in the 2014 film Saints and Soldiers: The Void. He has also performed in Operas such as Les Miserables as “Marius” and The Pirates of Penzance.

Born on December 28, 1987 in Cincinnati, Ohio, the youngest of three sons, Adam graduated from Oak Hills high school in 2006, and attended Northern Kentucky University where he majored in Musical Theater and was a member of the Sigma Phi Epsilon fraternity.

He had a two year relationship with Heather Rooush. He married Sheridan Sperry on February 26, 2010. They have two sons, Hendrix and Adam.

Adam Gregory Facts:
*He was born on December 28, 1987 in Cincinnati, Ohio, USA.
*He graduated in 2006 from Oak Hills High School.
*He was appeared as Ashley Tisdale’s cheating ex-boyfriend in her music video for her hit song, “It’s Alright, It’s OK”.
*Follow him on Twitter, Facebook and Instagram.