English former model Heather Mills Biography, Family, Height, Weight, Age, Measurements will be discussed here. Heather Mills’s personal details can be checked here. She first gained attention in 1993, when she was a model and was involved in a traffic collision with a police motorcycle in London. 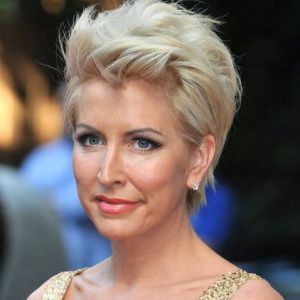 Heather Mills is an English former model, media personality, businesswoman and activist. She was on Season 4 of Dancing with the Stars in 2007, with dancing partner Jonathan Roberts. She has also appeared in the TV shows such as Entertainment Tonight, Larry King Live, Dancing on Ice, and The Jump. Heather is also vice-president of the Limbless Association, which is a UK charity setup to help those who have lost limbs.

Born Heather Anne Mills on January 12, 1968 in Aldershot, United Kingdom, to parents Beatrice Mary and John Francis Mills, Heather grew up with her sister Fiona and her brother Shane, but has also a younger half-sister, Claire. Her mother left the family when she was nine years old to live with Charles Stapley. Her father abused his children until he was arrested when Heather was 13 and the children were sent to live with their mother. Her father later had another child, Claire, while her mother died in 1989.

She was in a relationship with Paul McCartney from 2000 onwards. The couple married in June 2002 and Mills gave birth to Beatrice Milly McCartney on October 28, 2003. The couple divorced in 2008. Heather was previously married to Alfie Karmal.

Heather Mills Facts:
*She was born on January 12, 1968 in Aldershot, United Kingdom.
*She was on Season 4 of Dancing with the Stars along with Jonathan Roberts.
*She is the vice-president of the Limbless Association.
*She is handicapped and wears a prosthetic leg.
*Visit her official website: www.heathermills.org
*Follow her on Twitter, Facebook and Instagram.