Adam Scott is an American actor, best known by the public for his role as Ben Wyatt on the NBC series Parks and Recreation. He played Henry Pollard on the short-lived Starz original series Party Down. He has also starred in such films as Black Mass, Our Idiot Brother, Krampus, Knocked Up, Step Brothers, Fun Mom Dinner, The Secret Life of Walter Mitty and The Most Hated Woman in America. Born Adam Paul Scott on April 3, 1973, in Santa Cruz, California, he is the son of Anne and Douglas Scott, and younger brother to Shannon and David Scott. He belongs to Sicilian, Scottish, Dutch, English, and Irish descent. He got married to Naomi Sablan in 2005. They have two children: son, Graham, and daughter, Frankie. He is a graduate of the American Academy of Dramatic Arts. 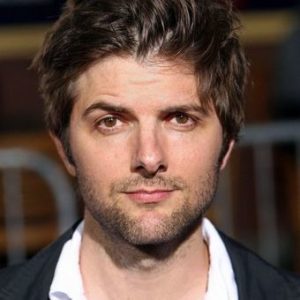 Adam Scott Facts:
*Both of his parents are retired teachers.
*He is a big fan of the rock band U2.
*He is good friends with actor Paul Rudd.
*Follow him on Twitter and Instagram.