Adrien Brody is an American actor. He is best known for his portrayal of Władysław Szpilman in Roman Polanski’s The Pianist, for which he won the Academy Award for Best Actor in 2003, at age 29, becoming the youngest actor to win in that category. He has also starred in the films The Thin Red Line, The Village, King Kong, Predators, The Darjeeling Limited, Fantastic Mr. Fox, and The Grand Budapest Hotel. In 2017, Brody played Luca Changretta in the fourth season of the BBC-Netflix hit series Peaky Blinders. 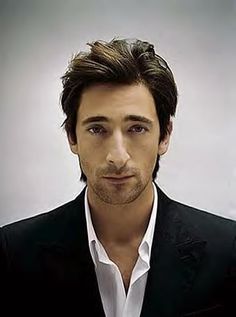 Born Adrien Nicholas Brody on April 14, 1973 in Woodhaven, New York, he is the only child of retired history professor Elliot Brody and Hungarian-born photographer Sylvia Plachy. Adrien attended the American Academy of Dramatic Arts and LaGuardia High School for the Performing Arts in New York. He has been in a relationship with English fashion designer and actress Georgina Chapman. He previously dated actress January Jones (2010), Russian model Lara Lieto (2012-2018), Spanish actress and model Elsa Pataky (2006-2009), and Michelle Dupont (2003-2006).

Adrien Brody Facts:
*Born on April 14, 1973 in Woodhaven, New York, he is of Hungarian, Czechoslovakian and Polish descent.
*He performed as a child magician under the name The Amazing Adrien.
*He attended CUNY Queens College in the Flushing section of Queens, New York.
*At age 29, Brody became the youngest actor to win the Academy Award for Best Actor for his role in Roman Polanski’s The Pianist.
*He is the only actor to win a Best Actor Oscar when nominated alongside four previous Oscar winners.
*He was featured in a music video of A Sorta Fairytale (2002) by Tori Amos.
*Esquire Magazine named him the Best Dressed Man in America. (2004)
*He was ranked #21 on VH1’s 100 Hottest Hotties.
*He is a big hip-hop fan.
*He is close friends with Asia Argento and Neal McDonough.
*Follow him on Twitter and Instagram.