Bollywood actor who has appeared in over 200 Indian films in a career spanning more than five decades, is widely regarded as one of the greatest and most influential actors in the history of Indian cinema. Throughout his career, Bachchan has won numerous accolades, including four National Film Awards as Best Actor, Dadasaheb Phalke Award as lifetime achievement award and many awards at international film festivals and award ceremonies. He has won sixteen Filmfare Awards and is the most nominated performer in any major acting category at Filmfare, with 42 nominations overall. Bachchan’s notable film credits include Anand, Zanjeer, Namak Haraam, Deewaar, Zameer, Sholay, Kabhi Kabhie, Amar Akbar Anthony, Trishul, Don, Muqaddar Ka Sikandar, Mr. Natwarlal, Kaala Patthar, Dostana, Lawaaris, Silsila, Namak Halaal, Sharaabi, Shahenshah, Agneepath, Hum, Khuda Gawah, Mohabbatein, Aks, Kabhi Khushi Kabhie Gham…, Kaante, Baghban, Khakee, Black, Sarkar, Paa, Aarakshan, Piku and Pink. He has hosted several seasons of the game show Kaun Banega Crorepati, India’s version of the game show franchise, Who Wants to Be a Millionaire?. He also entered politics for a time in the 1980s. 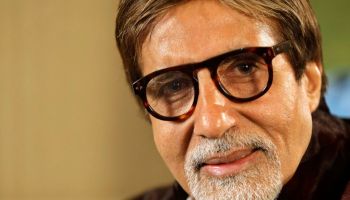 Born Amitabh Harivansh Srivastav on October 11, 1942 in Prayagraj, India, he is the son of well known poet Harivansh Rai Bachchan and Teji Bachchan. He has one younger brother named Ajitabh. He was educated at Sherwood College, Nainital, and Kirori Mal College, University of Delhi. He began his entertainment career doing narration for the award-winning film Bhuvan Shome. Bachchan had two children, Abhishek and Shweta, with Jaya Bachchan, whom he married in 1973.

Amitabh Bachchan Facts:
*He was born on October 11, 1942 in Prayagraj, India.
*He has a double M.A. (Master of Arts) degree.
*He rose to stardom in the early 1970s with films such as Zanjeer, Deewaar and Sholay.
*He was the most dominant actor in the Indian movie scene in the 1970s and 1980s; the French director François Truffaut called him a “one-man industry.
*He was dubbed India’s “angry young man” for his on-screen roles in Bollywood.
*He was one of the judges for the 1995 Miss World beauty pageant.
*In June 2000, he became the first living Asian to have been modelled in wax at London’s Madame Tussauds Wax Museum.
*He made his Hollywood debut in 2013 with The Great Gatsby.
*In 2007, Time listed Amitabh Bachchan and Aishwarya Rai on its list of most influential Indians.
*He was appointed as the UNICEF Goodwill Ambassador for the Polio Eradication Campaign in 2002.
*PETA India declared him as the Hottest Vegetarian of the year in 2012.
*He was good friends with the late politician Rajiv Gandhi who served as the 6th Prime Minister of India from 1984 to 1989.
*He was the 3rd most-searched actor of 2020 on Google.
*Visit his official blog: www.srbachchan.tumblr.com
*Follow him on Twitter, Facebook and Instagram.