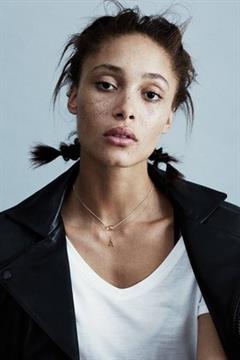 Adwoa Aboah Facts:
*Born on May 18, 1992 in Westminster, London, she is an exotic mix of Ghanaian, English and American.
*Her mother is the founder of the premier fashion management firm CLM.
*She appeared on the cover of British Vogue in December 2017.
*The fashion industry voted her as 2017 Model of the Year on models.com.
*She is best friends with model Cara Delevingne.
*She is a feminist and activist.
*She is in sobriety.