Kelle Bryan is an English singer and actress who was a member of R&B girl group Eternal, the band was formed in 1991 and released their first single ‘Stay’ in 1993 which achieved their first top ten hit in the UK and their first top 20 hit on the American Billboard Hot 100 Chart. Their 1993 debut album Always & Forever peaked at number two on the UK Album Chart and went four-times platinum in the UK. In 2018, Bryan began starring in the Channel 4 soap opera Hollyoaks. She is also part of the ITV’s show Loose Women. 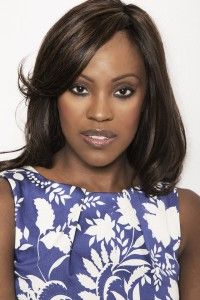 Kelle Bryan Facts:
*She was born on March 12, 1975 in Lewisham, London, United Kingdom.
*She was diagnosed with lupus in 1998 and is a patron of St Thomas’ Lupus Trust.
*She was a member of Eternal, a R&B girl group which debuted in 1993 with their quadruple-platinum studio album Always & Forever.
*She married Jay Gudgeon in September 2010. They have two children.
*Visit her official website: www.kellebryan.co.uk