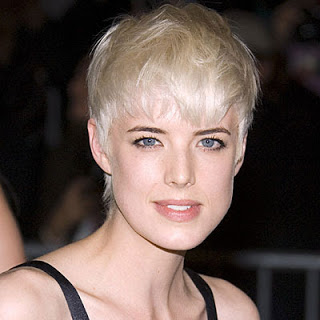 Born Laura Michelle Hollins on February 16, 1983 in Littleborough, Manchester, to parents Lorraine and Ken Hollins, she attended All Saints Roman Catholic High School, as well as Bacup and Rawtenstall Grammar School and Sixth Form, Waterfoot. In August 2016, Deyn married hedge fund manager Joel McAndrew in New York. She was previously married to American actor Giovanni Ribisi from 2012 to 2015. In the 2000s, she dated musicians Albert Hammond Jr. of The Strokes, Alex Greenwald of Phantom Planet, and Miles Kane of The Last Shadow Puppets.

Agyness Deyn Facts:
*She was born on February 16, 1983 in Littleborough, Manchester, UK.
*She was discovered in London while working odd jobs at night clubs and fast food restaurants.
*She was named British Fashion Council Model of the Year in 2007.
*Vogue Paris described Deyn as one of the top 30 models of the 2000s.
*She appeared in the May 2011 British Vogue editorial.