Actress Tichina Arnold is best known for her role Pamela James on FOX’s sitcom Martin, and as Rochelle on the UPN/CW sitcom Everybody Hates Chris. She played Judi Mann in the TV Land original sitcom Happily Divorced. Tichina was born Tichina Rolanda Arnold on June 28, 1969 in Queens, New York, to a middle-class African-American family. Her mother, Diane Arnold, was a sanitation department worker while her father was a police officer. She has a sister, Zenay Arnold. From 2002 to 2007, she was in a relationship with music producer Carvin Haggins, with whom she had a daughter Alijah Kai Haggins in 2004. She was married to Lamon Brewster from 1992 to 1995, and Rico Hines from 2012 to 2016. 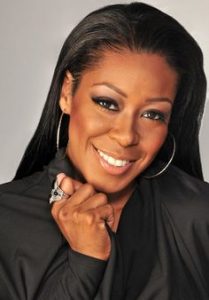 Tichina Arnold Facts:
*Scored her first big break on television, with a permanent role on the soap opera Ryan’s Hope in 1987.
*In 2013, she and her sister founded the We Win Foundation, a foundation for people suffering from lupus.
*She is friends with Tisha Campbell-Martin, Vivica A. Fox, Regina King, Janet Jackson, Christina Aguilera and LisaRaye McCoy.
*Visit her official website: www.tichinaarnold.com
*Follow her on Twitter, Facebook, YouTube, Myspace and Instagram.