Ainsley Earhardt is an American television journalist who works for Fox News. She is the co-host of Fox & Friends. She also has her own segment on Sean Hannity’s Hannity called “Ainsley Across America”. She co-hosted Fox and Friends First with Heather Nauert. Born Ainsley Hayden Earhardt in Spartanburg, South Carolina, on September 20, 1976, to Lewie Wayne Earhardt, she has an older sister and younger brother. After graduating from Spring Valley High School in Columbia, she studied Journalism at University of South Carolina. She has been married to Will Proctor since October 13, 2012. Together they have one daughter, Hayden Dubose Proctor. She was previously married to Kevin McKinney from 2005 to 2009. 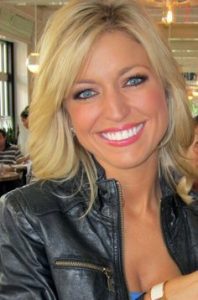