Rhea Perlman is an American television and movie actress and writer. She is best known for her portrayal of head-waitress Carla Tortelli in the sitcom Cheers, for which Perlman was nominated for ten Emmy Awards for Outstanding Supporting Actress – winning four times – and was nominated for a record seven Golden Globe Awards for Best Supporting Actress in a Television Series. Perlman’s other notable television appearances include: Taxi, Pearl, Kate Brasher, Hung, Kirstie, The Mindy Project, and Me and My Grandma. She has also played prominent roles in the films Canadian Bacon, Matilda, The Sessions, and Poms. She has also done voice work in My Little Pony: The Movie, We’re Back! A Dinosaur’s Story, Sing, A Girl Named Alida, Annie, The Simpsons, The Critic, Robot and Monster, and Harley Quinn. Born Rhea Jo Perlman on March 31, 1948 in Coney Island, Brooklyn, New York, to parents Adele, a bookkeeper, and Philip Perlman, a Polish immigrant who was a manager at a doll parts factory, her younger sister, Heide Perlman, is a television writer, story editor, and producer. Perlman studied drama at Hunter College in New York, earning a Bachelor of Arts degree in 1968. She is married to actor Danny DeVito. They have three children together. 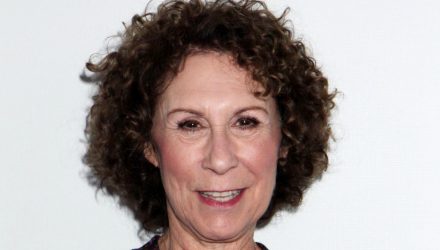 Rhea Perlman Facts:
*Born on March 31, 1948 in Coney Island, Brooklyn, New York, she belongs to both Polish and Russian descent.
*She is the cousin of Randall Miller.
*She majored in drama at Hunter College (NYC).
*From 1982–1993, she starred as Carla Tortelli in Cheers.
*She is close friends with Lucy Liu.
*She is an avid supporter of the Democratic Party.
*She has a pet dog named Zeus.
*Follow her on Twitter and Instagram.