Alan Bates was an English actor, best remembered by the public for his roles in the films Zorba the Greek, A Kind of Loving, Whistle Down the Wind, The Go-Between, Women in Love, An Unmarried Woman, Gosford Park, The Rose, King of Hearts, Georgy Girl, Far From the Madding Crowd and The Fixer. Bates earned an Academy Award nomination for Best Actor for his role as Yakov Bok in The Fixer (1968). He also appeared on stage and television. Born Alan Arthur Bates on February 17, 1934 in Allestree, Derby, United Kingdom, into an artistic family, his father was a fine cellist, and his mother a pianist who had studied in Paris. He was married to actress Victoria Ward (1939-1992) from 1970 until her premature death from a heart attack in 1992. They had twin sons, Benedick Bates and Tristan Bates. 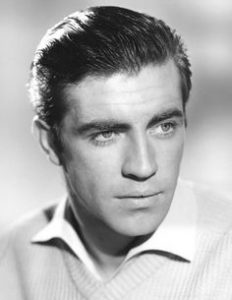 Alan Bates Facts:
*He was born on February 17, 1934 in Allestree, Derby, United Kingdom.
*He was the eldest of three brothers.
*He served in the Royal Air Force and attended the Royal Academy of Dramatic Arts.
*He made his stage debut in 1955, in You and Your Wife, in Coventry.
*He made his feature film debut in The Entertainer (1960).
*His son Tristan died at the age of 19, following an asthma attack in Tokyo in 1990.
*He was an Associate Member of Royal Academy of Dramatic Art (RADA).
*He was awarded the CBE (Commander of the Order of the British Empire) in the 1995 Queen’s Birthday Honours List for his services to drama.
*Despite having been married to actress Victoria Ward until her death, Bates had numerous homosexual relationships throughout his life.
*He suffered a stroke in 2003.
*He was a closeted bisexual.