Alec Baldwin is an American actor, comedian and film producer, best known for his role as Jack Donaghy in the TV sitcom ’30 Rock.’ He has also appeared in the films ‘Beetlejuice,’ ‘The Cooler,’ ‘The Hunt for Red October,’ ‘Glengarry Glen Ross,’ and ‘The Departed.’ Alec was born on April 3, 1958, in Amityville, New York, United States. His father, Alexander Rae Baldwin, was a high school teacher and football coach, and his mother, Carol Newcomb, was a homemaker. His younger brothers, Daniel, William and Stephen, who also became actors. He belongs to English, Irish, French, Scottish, and German descent. He married actress Kim Basinger in 1993, and the couple had a daughter named Ireland Baldwin in 1995 before getting divorced in 2002. He then married Hilaria Thomas in 2012 with whom he has one daughter, Carmen Gabriela and two sons, Rafael and Leonardo. 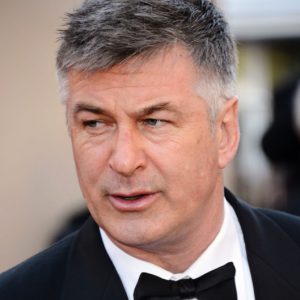 Alec Baldwin Facts:
*His ancestry includes English, Irish, French, Scottish, and German.
*His father was a high school teacher and his mother was a homemaker.
*His father was not only a social studies teacher in Massapequa, but also the football coach.
*He made his film debut in 1987 with a minor role in the film ‘Forever, Lulu’.
*He played football and worked as a busboy while attending high school.
*Good friends with actress Meryl Streep.
*He is a huge fan of the Chicago Bears.
*Follow him on Twitter, Facebook and Instagram.