Alexandra Beaton is a Canadian actress and dancer. She is best known for her portrayal of Emily in the teen drama television series, The Next Step. She played Child Pueblo Quemado in the 2006 American war film ‘300.’ She performed in Ross Petty’s 2016 winter production of Sleeping Beauty alongside Taveeta Szymanowicz. Born Alexandra Lucinda Beaton on December 5, 1994, in Canada, to Kate Wheeler and John Beaton, she has one younger sister named Sophie. Her mother Kate Wheeler is a journalist and radio host whereas her father, John, is the CEO of his own business. Beaton’s acting career began when she was twelve years old, when she appeared in the 2006 American war film ‘300.’ Currently, Beaton is studying political science at the University of Guelph. 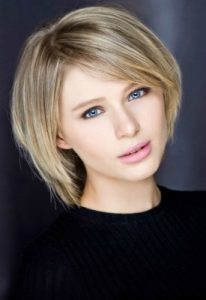 Alexandra Beaton Facts:
*She made film debut when she was twelve years old.
*She is best known for her role as Emily in The Next Step.
*She wanted to be a veterinarian because of her love for animals.
*Her idol is Audrey Hepburn.
*She has read all the Harry Potter books ten times.
*Mumford and Sons, The Spice Girls, and Ed Sheeran are her favourite artists.
*Follow her on Twitter, Facebook and Instagram.