Alexia Fast is a Canadian actress who has appeared in a number of television films, feature films and in episodes of various television series. Fast played Eve Spalding in the 2010 Canadian drama thriller film Triple Dog, and had a supporting role in the film Jack Reacher (2012). She is also known for portraying Callie Winter on the WGN America drama series Manhattan (2014–2015). In 2014, Fast played Cass Piper in Queen of the Night. Alexia won a Leo Award for her starring role as Sara Shay in Past Tense. 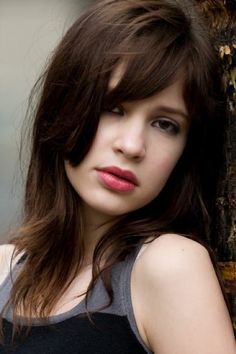 Born on September 12, 1992 in Vancouver, Canada, her mother, Cheryl-Lee Fast, is a film producer and her father is a songwriter. Alexia began her career at the age of seven when she wrote, directed and starred in the short film The Red Bridge, which premiered at the 2002 Atlantic and Reel to Reel Film Festivals.

Alexia Fast Facts:
*She was born on September 12, 1992 in Vancouver, Canada.
*She is the daughter of Cheryl-Lee Fast.
*She starred in her first feature film, Fido, at the age of 13.
*She is fluent in both English and French.
*She enjoys caving, rock climbing and horse riding in her free time.
*Visit her official website: www.alexiafast.com
*Follow her on YouTube, Facebook and Instagram.