Tom Welling is an American actor, model, director, and producer. He is best known for his portrayal of Clark Kent on The WB/The CW superhero drama Smallville. Welling played as Lt. Marcus Pierce in the third season of Fox fantasy comedy-drama Lucifer. He has also appeared in the films Cheaper by the Dozen, Cheaper by the Dozen 2, The Fog, Draft Day and The Choice. Welling made his directorial debut in 2006 with the Smallville episode “Fragile” (5.18). 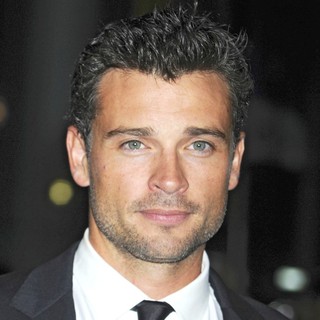 Born Thomas Joseph Welling on April 26, 1977 in Putnam Valley, New York, to parents Bonnie and Tom Welling, Sr., he has two older sisters named Rebecca and Jamie, as well as a younger brother, Mark Welling, who is also an actor. Welling graduated in 1995 from Okemos High School in Okemos, Michigan. He has been married to Jessica Rose Lee since November 30, 2019. They have a son together. He was previously married to Jamie White.

Tom Welling Facts:
*He was born on April 26, 1977 in Putnam Valley, New York, USA.
*He played baseball, basketball, and football in high school.
*He worked in construction after graduation until he became a model.
*He was named one of People Magazine’s ‘Breakthrough Stars of 2001’.
*He played Clark Kent on The WB/The CW superhero drama Smallville from 2001 to 2011.
*He is the only actor to appear in all 217 episodes of Smallville.
*His favorite celebrities are Bob Saget, Marlon Brando, Al Pacino, Christopher Walken, Robert De Niro, Steve Martin and Jerry Seinfeld.
*He is good friends with Ashton Kutcher, John Schneider, Michael Rosenbaum, Jensen Ackles and Jared Padalecki.
*He has a pug named Cook.
*Follow him on Facebook and Instagram.