Alexina Graham is a British fashion model who became a Victoria’s Secret Angel in 2019, and is the first redhead to ever become an Angel. Graham has appeared in editorials for I.D. (magazine), Glamour U.S., Teen Vogue, L’Officiel Singapore, Harper’s Bazaar Serbia, Marie Claire Russia, InStyle, WWD, Vogue Italia and Vogue Arabia, as well as in campaigns for Burberry, Balmain, L’Oréal and Victoria’s Secret. She has also walked the runway for Balmain, Emporio Armani, Brandon Maxwell, Etam, and Jean-Paul Gaultier. She is also a brand ambassador for L’Oréal Paris. 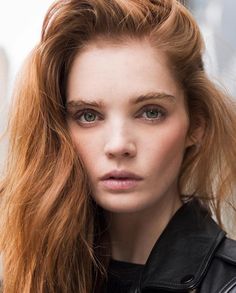 Born Alexina Lorna Graham on March 3, 1990 in Worksop, England, to parents Sarah and David Graham, she has one half sister named Elle. Graham began her modeling career in 2008, when she was one of the winners of the 2008 Ford modeling competition, won a beauty contract with Maybelline and shot an editorial for Another Magazine. She is represented by Elite Model Management (New York, Paris, Amsterdam, Copenhagen), Women Management (Milan), Models 1 (London), Munich Models (Munich), and MIKAs (Stockholm).