Alfie Allen is an English actor. He is best known for his portrayal of Theon Greyjoy on the HBO series Game of Thrones, for which he received a Primetime Emmy Award nomination in 2019. Allen played Henry in the 2012 British thriller Confine, and starred as Iosef Tarasov in the hit 2014 film John Wick opposite Keanu Reeves. Born Alfie Evan Allen on September 12, 1986 in Hammersmith, London, England, to parents Keith Allen and Alison Owen, he is the younger brother of pop star Lily Allen. He has been in a relationship with American DJ and model Allie Teilz since 2016. They have a daughter together. 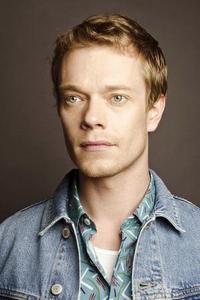 Alfie Allen Facts:
*He was born on September 12, 1986 in Hammersmith, London, England, UK.
*He is of English, Welsh, and Irish descent.
*He starred as Theon Greyjoy in the television series Game of Thrones from 2011 to 2019.
*From 2008 to 2010, he was engaged to Jaime Winstone.
*He is good friends with Game of Thrones co-stars Iwan Rheon, Richard Madden, and Kit Harington.
*Follow him on Facebook and Instagram.