Alin Sumarwata is an Iranian-born Australian actress. She is best known for her portrayal of Vanessa Villante on the Australian soap opera Neighbours. Sumarwata played the role of May Stone in soap opera Home and Away and starred as Sophia Angleton in series 2 of the critically acclaimed East West 101. She also starred as Gracie Novin in Strike Back: Retribution, Strike Back: Revolution and Strike Back: Vendetta. She has also appeared as a guest-star in several television series such as Rescue Special Ops, Sea Patrol, Tangle, and My Life Is Murder. 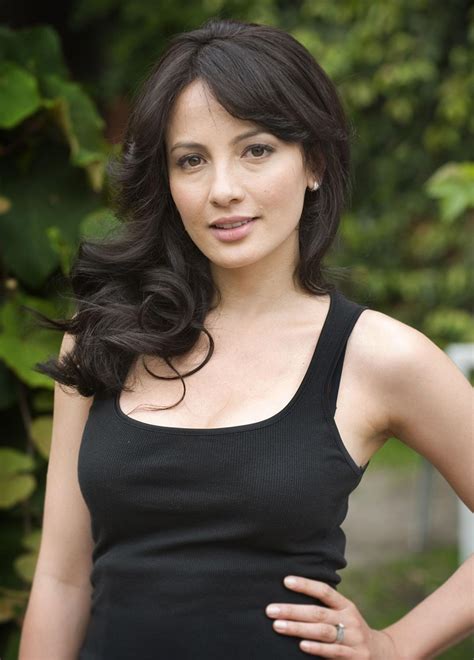 Born on March 14, 1980 in Tehran, Iran, Sumarwata moved from Iran to Australia with her family at the age of seven. She attended the Newtown High School of the Performing Arts, and graduated from Macquarie University with a Bachelor of Commerce and a Bachelor of Laws. Sumarwata married actor Don Hany in 2011. The couple have two daughters.

Alin Sumarwata Facts:
*She was born on March 14, 1980 in Tehran, Iran.
*She belongs to both Iranian and Indonesian descent.
*Her family moved from Iran to Australia when Sumarwata was 7 years old.
*She earned a scholarship to the Australian Theatre for Young People and later attended the Newtown High School of the Performing Arts.
*She played school teacher May Stone on Home and Away in 2009.
*She portrayed Vanessa Villante in the long-running and popular Australian soap opera, Neighbours (2012–2013, 2015, 2019).
*She speaks English, Bahasa, Arabic, and Farsi fluently.
*Follow her on Twitter, Facebook and Instagram.