Alison Elliott is an American actress. She is best known for her role as Milly Theale in the 1997 film The Wings of the Dove, for which she was nominated for a Screen Actors Guild Award. She has also starred in the films The Underneath, The Spitfire Grill, Birth, The Assassination of Jesse James by the Coward Robert Ford and 20th Century Women. Elliott also played Virginia “Jinny” St. George in the BBC production of Edith Wharton’s ‘The Buccaneers’. Aside from acting, she has narrated multiple audio books, including Belle Prater’s Boy by Ruth White and its sequel, The Search for Belle Prater. 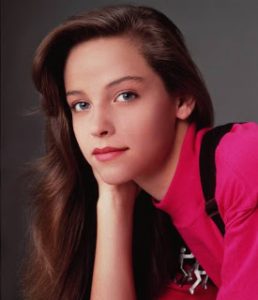 Alison Elliott Facts:
*She was born on May 19, 1970 in San Francisco, California, to parents Barbara and Bob Elliott.
*She moved with her family to Tokyo, Japan when she was 4 years old, and moved back to San Francisco when she was 8.
*She was educated at The Urban School of San Francisco, an independent arts high school.
*She began her modeling career with Ford Models at the age of 14.