Rocsi Diaz is an American television and radio personality and model, best known as the co-host on the BET program 106 & Park from 2006 to 2012. In November 2012, Diaz joined Entertainment Tonight as a correspondent. Born Raquel Roxanne Diaz on November 17, 1981 in Tegucigalpa, Honduras, Rocsi was raised in New Orleans, Louisiana. She belongs to both Honduran and Chilean descent. She was educated at West Jefferson High School and Nicholls State University. She worked as a DJ on a Boston radio station before she began a career in television. 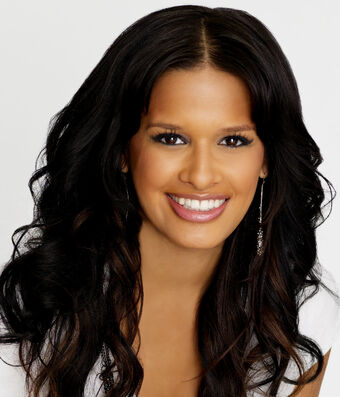 Rocsi Diaz Facts:
*Born on November 17, 1981 in Tegucigalpa, Honduras, she moved from Honduras to New Orleans, Louisiana with her family as a child.
*She was a high school cheerleader before pursuing a career in radio.
*Suffered from anorexia during her years in middle school and high school due to her love for cheerleading.
*She co-hosted the BET program 106 & Park from 2006 to 2012.
*She was ranked #75 on Maxim’s “Hot 100” of 2014 list.
*She is a vegetarian since college and appeared in a PETA ad campaign promoting the diet.
*Visit her official website: www.rocsidiaz.com
*Follow her on Twitter, Facebook and Instagram.