Alison Haislip is an American actress and television personality, best known for her appearances in such television programs as Attack of the Show! on G4 and the NBC reality competition series The Voice. She also co-hosted the first season of American Ninja Warrior. Alison was born on February 6, 1981 in New Jersey, USA as Alison Fesq Haislip. She has one brother, Greg Haislip. She was educated at Voorhees High School and Boston College. She also attended the British American Drama Academy. 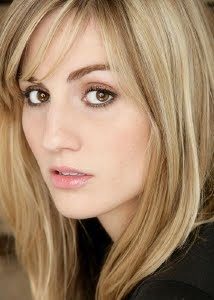 Alison Haislip Facts:
*She studied theater at Boston College.
*After attending the British American Drama Academy, she moved to Los Angeles to pursue an acting career.
*She Co-hosts the “Half Hour Happy Hour with Alison and Alex” Podcast with Alex Albrecht and button pusher Tom “Super Volcano” Krajewski.
*Visit her official website: www.alisonhaislip.com
*Follow her on Twitter and Instagram.