English actor Ralph Fiennes is best known for his role as Amon Goeth in the 1993 film Schindler’s List, and Lord Voldemort in the Harry Potter series. He played Monsieur Gustave H. in the 2014 Wes Anderson film The Grand Budapest Hotel, for which he earned a Golden Globe nomination for Best Actor in a Motion Picture, Musical or Comedy. He made his film debut with Juliette Binoche in the 1992 Emily Brontë’s Wuthering Heights. He was born Ralph Nathaniel Twisleton-Wykeham-Fiennes on December 22, 1962 in Suffolk, England, to Jennifer Anne Mary Alleyne and Mark Fiennes. He belongs to English, Irish, and Scottish descent, and has five siblings. He was married to Alex Kingston from 1993 to 1997. He dated Francesca Annis from 1995 until 2006. 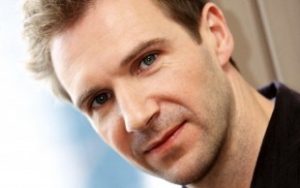 Ralph Fiennes Facts:
*He is the eldest of six children.
*His career was began at the Open Air Theatre.
*He is an ambassador for UNICEF UK.
*He is a member of RADA (Royal Academy of Dramatic Art).
*He was ranked number 33 on the list of 100 Sexiest Stars in movie history.
*He has featured twice on the cover of GQ magazine: August ’94 and July ’98.