Philip Arditti is a Turkish/Jewish Sephardic theatre and television actor. He is best known for his role as Uday Hussein in the four episode House of Saddam television docudrama. He was also seen in the film Red 2, a sequel to 2010’s Red. Born in Geneva, Switzerland to Sephardi Jewish parents of Italian and Turkish origin and Arditti was raised in Istanbul, Turkey. He relocated to London in 1999. In 2004, he graduated from the Royal Academy of Dramatic Art. Arditti began his film and television career in some of British television’s most popular series including Silent Witness, Spooks and Casualty. In 2013, Arditti appeared in Turkish television series Son and in the film Singing Women directed by Turkish film director Reha Erdem. 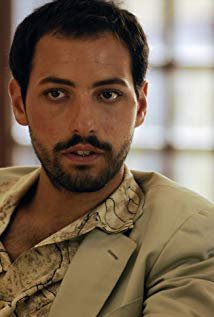 Philip Arditti Facts:
*He was born in Geneva, Switzerland and grew up in Istanbul, Turkey.
*He portrayed Uday Hussein in the HBO original miniseries House of Saddam.
*He holds British, Swiss and Turkish citizenship.
*Visit his official website: www.philiparditti.com
*Follow him on Twitter.