Amal Clooney is a Lebanese-British barrister, human rights activist, philanthropist and wife of Hollywood star George Clooney. Amal’s notable clients include Julian Assange, the founder of WikiLeaks, Egyptian-Canadian journalist Mohamed Fahmy, the former prime minister of Ukraine, Yulia Tymoshenko, and Nobel Prize laureate Nadia Murad. She was appointed the special envoy on media freedom by the British Foreign and Commonwealth Office in 2019. Born Amal Ramzi Alamuddin on February 3, 1978 in Beirut, Lebanon, to parents Bariaa and Ramzi Alamuddin, she has three siblings: one sister, Tala, and two half-brothers, Samer, and Ziad, from her father’s first marriage. Amal’s family left Lebanon when she was just two years old, during the Lebanese Civil War, and settled in Gerrards Cross, Buckinghamshire. On September 27, 2014, she married famous actor George Clooney, with whom she has twins, Ella and Alexander. 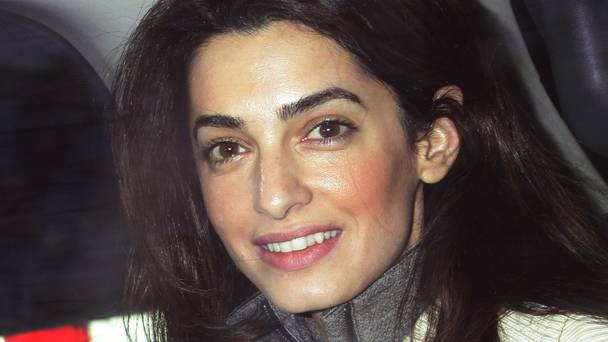 Amal Clooney Facts:
*She was born on February 3, 1978 in Beirut, Lebanon.
*Her parents are Bariaa and Ramzi Alamuddin.
*She graduated with a BA degree in Jurisprudence (Oxford’s equivalent to the LLB) from St Hugh’s College, Oxford in 2000.
*She received the Entertainment Law Jack J. Katz Memorial Award for excellence in entertainment law.
*She was chosen as Barbara Walters’ Most Fascinating Person of 2015.
*She speaks Arabic, English and French fluently.
*She is the second wife of George Clooney.
*She is the president of the Clooney Foundation for Justice, which she co-founded with her husband George Clooney in late 2016 to advance justice in courtrooms, communities, and classrooms around the world.