Amanda Freitag is an American professional chef and TV personality who frequently appears as a guest on Food Network television programs. She is featured as a judge on Chopped on the Food Network. In 2003, Freitag and restaurateur Godfrey Polistina opened a restaurant called Cesca Enoteca & Trattoria. In May 2015, she and Ty Pennington began hosting the new Food Network series American Diner Revival, on which they make over diners’ menus and interiors. Freitag can also be seen on the Cooking Channel’s Unique Eats as a Chef. 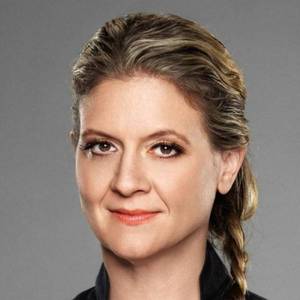 Amanda Freitag Facts:
*She was born on May 11, 1972 in New Jersey, USA.
*She is a graduate of the Culinary Institute of America (CIA).
*She appeared on Seasons Two and Five of The Next Iron Chef, placing fourth and second, respectively.
*She served as a judge on the reality competition series Chopped.
*Visit her official website: www.amandafreitag.com
*Follow her on Twitter, YouTube, Facebook and Instagram.