Isabelle Cornish is an Australian actress and model. She is best known for television roles as Vicki on Puberty Blues, Christy Clarke on Home and Away, and Crystal in the 2017 American television series Inhumans. She also played Chloe Patterson in the 2017 Australian drama anthology film Australia Day. 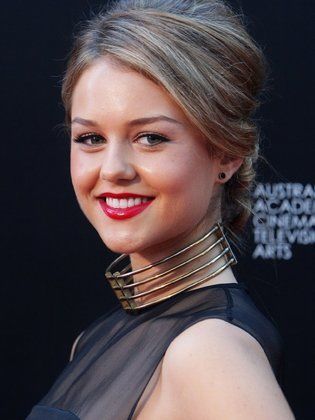 Born on July 22, 1994 in Australia, to parents Shelley and Barry Cornish, her older sister, Abbie Cornish, is also an actress. Cornish attended Hunter School of the Performing Arts.

Isabelle Cornish Facts:
*She was born on July 22, 1994 in Australia.
*She wanted to be an actress since the age of 5.
*She is the younger sister of actress Abbie Cornish.
*She played Vicki in the television series Puberty Blues from 2012 to 2014.
*Her hobbies include reading, driving, drawing, listening to her iPod music.
*She is a vegetarian, and was crowned Australia’s Prettiest Vegetarian 2013 by PETA (People for the Ethical Treatment of Animals) Australia.
*Follow her on Twitter, Facebook and Instagram.