Sharon Johal is an Australian actress and former lawyer of Indian heritage. She is best known for her portrayal of Dipi Rebecchi on the Australian soap opera Neighbours. She appeared on the series Flat Whites in 2012. She has also appeared in Tu Mera 22 Main Tera 22 and Erinsborough High. 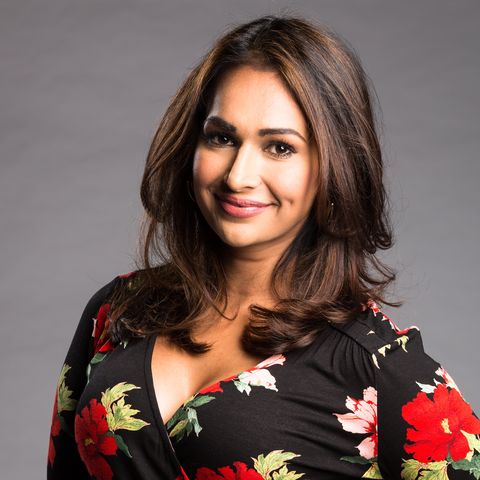 Born on January 17, 1988 in Melbourne, Australia, to parents Saroop Singh and Amanvir Johal, Sharon grew up in Berri, in South Australia’s beautiful, isolated Riverland. Her family were among the first Indian families to settle in South Australia. Johal graduated with a law and commerce degree from Adelaide University.

Sharon Johal Facts:
*Born on January 17, 1988 in Melbourne, Australia, she is the daughter of Amanvir Johal and Saroop Singh.
*Her Punjabi grandparents first came to Queensland cutting sugar cane.
*She worked as a commercial and litigation lawyer while auditioning for roles.
*She joined the cast of Neighbours in 2018 playing Dipi Rebecchi.
*Follow her on Twitter, Facebook and Instagram.