Amanda Murphy is an American fashion model, equestrienne, and radiology technologist. She is mainly known for being a Prada muse, and has been on the cover of Vogue Italia twice. She has also appeared on the cover of magazines such as Vogue Japan, i-D, V magazine, The Edit by Net-a-Porter, and T: The New York Times Style Magazine. She has appeared for several advertisements under leading brands such as Giorgio Armani, Céline, DSquared2, and Salvatore Ferragamo. She is represented by the agencies IMG Models (Worldwide), Traffic Models (Barcelona), MP Factor (Chicago), and Next Model Management (Toronto). Born Amanda Jean Murphy on November 16, 1986 in Chicago, Illinois, she is the oldest of four children. Her mother was a nurse and her father worked for the railroad. She was discovered at age 17 when he attended an open call in her hometown, Chicago. She has a boyfriend named Tom with whom she has engaged. 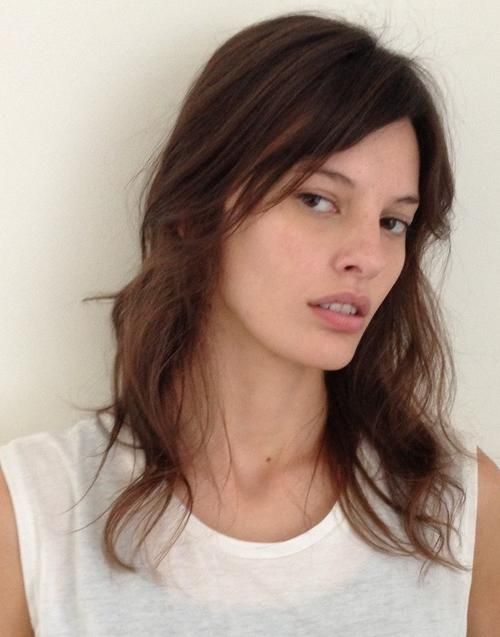 Amanda Murphy Facts:
*She was born on November 16, 1986 in Chicago, Illinois, USA.
*Growing up, she was involved in various sports like basketball, volleyball, horseback riding, and track events.
*She started her modeling career at the age of 17 after finishing school.
*She posed for the November 2008 issue of A4 Magazine.
*She signed with IMG models in 2009.
*She appeared on the cover of Zoo Magazine in 2015.
*She has been listed as one of the Top 50 models in the fashion industry by models.com.
*Her passion is horseback riding, and has a female horse named Jessie.
*Her beauty icon is Jessica Stam.
*Follow her on Instagram.