Amanda Schull is an American actress and former professional ballet dancer. She is best known for her roles as Jody Sawyer in the 2000 film Center Stage, and Sara Evans / Katie Ryan on The CW’s One Tree Hill and Meredith Sorenson on the ABC Family series Pretty Little Liars. In November 2013, Schull was cast as Cassandra Railly on the television series 12 Monkeys and played a recurring role in USA Network’s Suits. In March 2018, she was promoted to series regular for the eighth season of Suits. Born on August 26, 1978 in Honolulu, Hawaii, her mother, Susan Schull, is the current president of Ballet Hawaii. She has two siblings. She attended and graduated from Punahou School in Honolulu, Hawaii and trained at Hawaii State Ballet under the instruction of John Landovsky. Since May 28, 2011, she has been married to George Wilson. 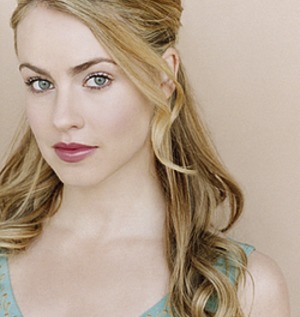 Amanda Schull Facts:
*She was born on August 26, 1978 in Honolulu, Hawaii, USA.
*She performed with Ballet Hawaii and Hawaii State Ballet while still in Honolulu.
*She left professional ballet to pursue her acting career.
*She met her future husband, George Wilson, while filming Mao’s Last Dancer in Australia.
*Follow her on Twitter and Instagram.