Lycia Naff is an American dancer, actress, and journalist. She is best known for her role as Ensign Sonya Gomez in the Star Trek: The Next Generation second season episodes “Q Who” and “Samaritan Snare”. She also appeared briefly as a mutant who opens her blouse to reveal three breasts in the science fiction film Total Recall. As a journalist, Naff has worked for several newspapers and magazines, including People Magazine, OK! Magazine and Miami Herald. Born on August 29, 1962 in Las Vegas, Nevada, Naff left home when she was 16 to live in her aunt’s garage in North Hollywood. She attended and graduated from Providence High School in Burbank. She also graduated from the private Palm Beach Atlantic College in South Florida. Naff began her Hollywood career as a lead dancer in the 1982 television series Fame. 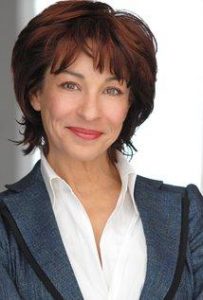 Lycia Naff Facts:
*She was born on August 29, 1962 in Las Vegas, Nevada, USA.
*She was educated at High School in Burbank and Palm Beach Atlantic College in South Florida.
*She worked for the National Enquirer for four years as an undercover investigative reporter.
*She is a founding member of Open At The Top theater company in NOHO.